Media The media and the truth about THE REAL PIT BULL~

The media is paid by Humaniacs to destroy the bred.  Also they created a culture of  NEGATIVE sensationalism around “THE AMERICAN PIT BULL TERRIER”

The media gets millions of dollars from organizations , which trick society of giving them donation to help animals. That money goes directly to their own bank accounts, and to lobbyist. Who pay dirty politicians to create idiotic laws that prevent the growth or ownership of the “Real American Pit Bull Terrier”

Leaving the street level breeders, to keep breeding the so called Pitbulls on the news, or TV , which are all mutts. 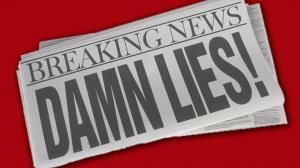 The media , maybe the second if not the first enemy of the breed.  The media works on ratings, and creating stories that attract popular ignorant attention. I seen it through the years . They demonized our breed, and use mutts, or mix breed dogs on people attacks and use the headliners as ” NEW PITBULL ATTACKS” most of them false. There has never been a human attack by a dog came from a real dogman. The media uses the sensationalism to distract the ignorant masses away from real issues in their lives.  I have confronted journalist about their lies and ignorant. Those who have corresponded , agree tat they are just doing their job and they don’t know about the breed.   This section is one that I will write a lot more as time allows.

WHAT YOU WILL NOT SEE IN THE NEWS !
The “Real American Pit Bull Terrier”

If you never seen a real Gamedog here is one super famous and respected Real American Pitbull Terrier.

This Picture here was taken here in Brasilia- Taguatinga at the Taguatinga park. At the first ” ADBA Brasilia Club”
The nice lady in the picture never seen this dog ever in her life. She is a true advocate for the bred and a fan of our breeding
program. Mrs. Retana ” Pitbull Viscaina” from Rio de Janeiro Brasil.

True love my friends ! Honest love and great amazing dogs !! Our pups are just like that !!

What you will see on the media!
A perfect sample of fake news

Here is a popular website the link will  below

A sad story and she may rest in peace. Looks like a good pet owner. However her dogs were straight street level MUTTS
The living media one more time using the name “PITBULL ATTACKS” To sell rating. The sensationalist media love to put terror into the hearts of good people
Calling her mutts pitbulls is just a dirty trick. Keeping the public misinformed.  Side by side her  Picture with her dog and the Picture of a real APBT.